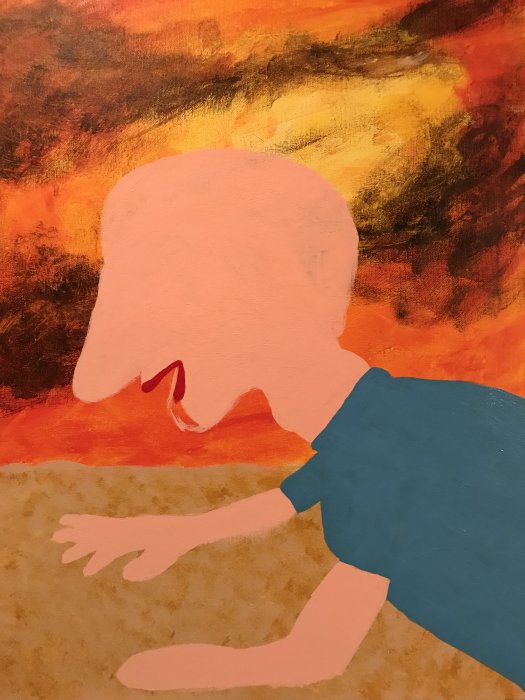 Above: “Ralph in the Desert at Sunset”
or: “Desert Sunset with Vomiting”
(16×20, acrylic on canvas)

A Work in Progress

This is a work in progress. It’s as far as I could go with it before my head and body said enough.

A migraine started near 8 PM. I was watching The Joel McHale Show on Netflix. When half of Joel’s face disappeared, I knew I was in for it. After the baby went to bed, I broke out the paints.

This might sound a little hokey to some, but there’s a big Bob Ross influence on this painting. I, like most people, am familiar with Bob Ross, have seen parts of his shows, recognize his iconic hairdo, and appreciate his mild manners. But I had never watched Bob Ross for the sake of learning anything about painting until yesterday. I saw a series of Bob Ross shows on Netflix which are available only until the end of May 2018. So, I watched part of one.

In this show, Bob started painting a sunset sky with a few different yellows, white, and red. He made it look so simple. (There’s really something Zen about that guy and his painting instruction.) In no time he had a warm sky with pleasant clouds. And he did it with what looked like house painting brushes!

Well, last night, with my head pounding and my energy draining away, all I could think was that I need to paint a sky Bob’s way. I needed to try blending those yellows and reds wet on the canvas. I needed to channel Bob’s Zen and zone out in the painting process.

Then I got the brilliant idea to paint a guy throwing up in the foreground. (I’m sure there’s a Bob Ross episode in which he paints the same.) This is as far as I got. The facial details and vomit will have to wait. I’m exhausted.

Here’s the Bob Ross episode that inspired me. It features baby squirrels.

Phthalo Blue!!! Dang it! I used Ultramarine! No wonder my clouds are too dark!

I wonder what color Bob would have used for puke?

View all posts by Sam → 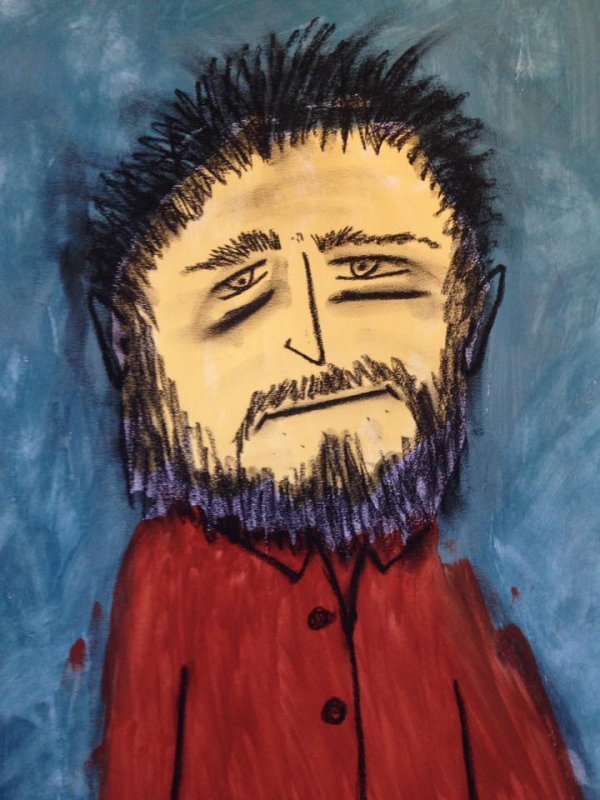 Rough Around the Edges: A Migraine Movie [VIDEO] 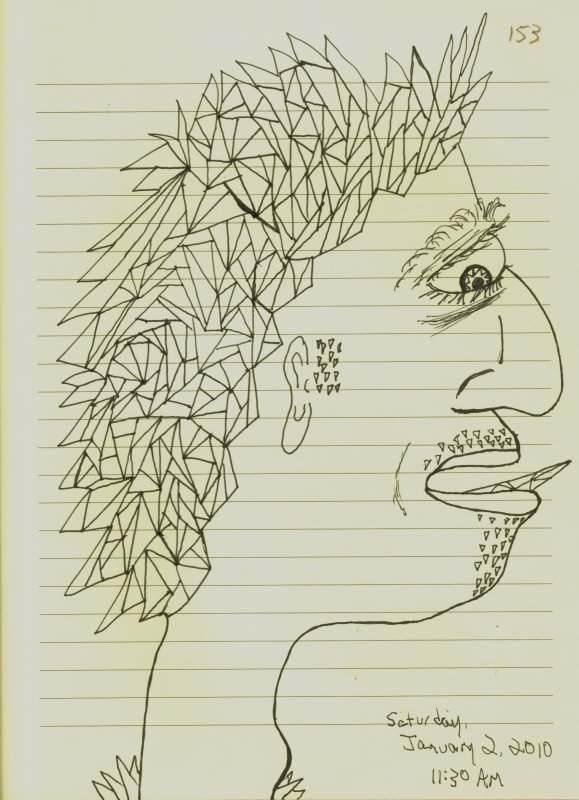