Evil-Eyed Jesus and the “Thinking Men” 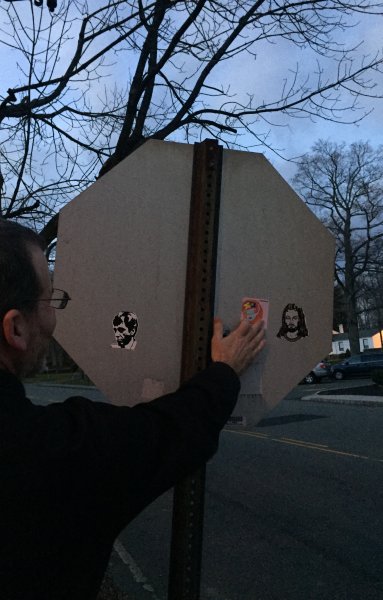 “Thinking Men” add color wherever they present themselves. The world is not black and white. It’s much more nuanced. Don’t you think?

Allow me to color your mind with this thought for a moment: What if we and all we know are merely the thoughts of another being? What if we exist in a colorful cloud of thought in someone’s mind? Does that ultimately change anything for us?

Think about this: What if all our thoughts are manifestations of colors? In another dimension, maybe what is perceived as color is actually generated by a thought from someone in our dimension. The people in that dimension see our myriad thoughts as the varying tones and hues of a plethora of colors. Rainbows everywhere! Rainbows so rich in multitudes of colors that we can only imagine but which are clearly seen by the inhabitants of this other dimension.

Now hold on. There’s a critic at hand. Literally to the right of my hand. Evil-Eyed Jesus. 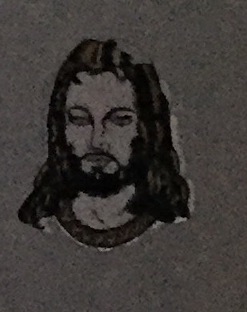 Certainly, this cannot be the real Jesus. The real Jesus would never scowl like that. I’m sure this must be some other dude. He’s been stuck on this sign for quite a while. I’ve walked by him several times in just as many months. He’s given me the creeps each time.

Now I have challenged him with color. I’ve given him companions, colorful thinking companions. I think the real Jesus would approve. He would wish kindness and the warmth of color for such a scowler as this man on the sign. I think he would.

But What About Bobby Kennedy?

Is that Bobby Kennedy so near to my face in the first picture? Or is it Scarface? My wife was undecided as to which. It doesn’t matter. I have nothing to say about him, other than, “Back off, Bobby. You’re too close to my face.”

For further amusement from the “Thinking Men”: